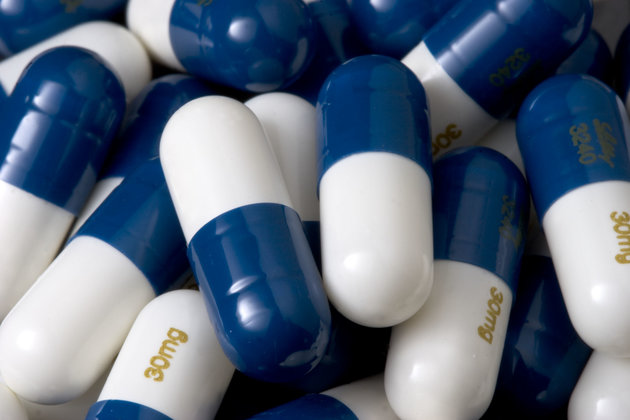 As a consultant psychiatrist I have received a tonne of emails and messages in the past week about the news relating to the Lancet’s publication of the meta-analysis of 522 randomised control trials into the effectiveness of anti-depressants.

And people want to know what I think, seeing as I prescribe anti-depressants on most days of the week. Fair enough. So this is what I think..

I think it’s irresponsible journalism to yell from the roof tops that up to one million of us should be taking medication for depression. For the record Professor Geddes, said “It is likely that at least one million more people per year should have access to effective treatment for depression, either drugs orpsychotherapy.”

He did not say one million people need to be on medication.

Do we really want to become a mini-America? I think we know the answer to that.

Rewinding for just a second here, before I was even a headache in the Dean of Admission’s brain when I was re-applying to medical school I was prescribed anti-depressant medication. So I don’t need these double blind RCTs to tell me that anti-depressants are not a placebo. Thanks anyway.

My world felt a bit precarious to say the least and I was very anxious. So before long, I found myself sitting on a charming elderly psychiatrist’s couch. He was kind and empathic and after talking to me for a while, he wrote me out a script for Paroxetine. Big mistake.

Placebo? What placebo. The next day I felt amazing. Anxiety? What Anxiety?

I was experiencing the high you get as if main-lining “Californian Rocket Fuel”. A term popularised by the psychiatrist Stephen Stahl when you get a hit of serotonin and noradrenaline.

But the problem was that I really did not need medication, I was not depressed. I was dealing with some difficult life situations. Family bereavements of dearly loved family members and pure fear of the future with a dash of adolescene thrown in for good measure.

The medication made me worse at a time when I needed stablility and some good therapy, not taking off like Falcon Heavy into the Florida sky.

It also made me numb to what was going on. I felt great. I did not care about school, my grades or well anything really. I had gone from the sublime to the ridiculous. And don’t get me started on the weight gain that took me many years to sort out afterwards.

It did, I hope, however make me a better psychiatrist many years later.

Because hearing all this you might think I am anti-medication. Nothing could be further from the truth. If I had been unable to get up in the morning, go to work, or school, or felt suicidal – If I was unable to function well, then the decision to take medication would have been the correct one.

But I was only mildly anxious, not unable to live my life. There are too many people on medications that do not need to be on them.

Life can be difficult and throwing pills at a patient is not the answer.

GPs have 10 minutes, so when you go in with your problems, emotional, sexual, physical, financial, do you think they have time to help? Very unlikely. They are not God. They are stressed out often more than you are. Not a recipe for success.

So now this study has come out – you are going to leave your primary care doctor with a script of escitalopram instead of fluoxetine. Hoorah! That’s going to help you. Bye. Next patient please.

What a sorry state we find ourselves in.

Medications help the symptoms of depression and anxiety, but they don’t cure the under-lying problem, and this is what I explain every single day to my patients. I am delighted to help people that need medications to help them get back to work, stop their obsessive thinking, their severe anxiety and depression, eating disorders and psychotic illnesses. However for some common mental health problems, if you want to solve it, get a psychiatrist who does more than write you a script and says “see you in six months for review”.

Get a therapist you like and trust, who practices a therapy that is evidence based and you feel works for you. Genetics also plays a huge role in who may or may not get depression, and there is nothing we can do about that. So you may indeed need medication for a long time, possibly for life, but it still needs monitoring and lower doses are better than higher ones.

Every week in clinic I get patients from around the world, (especially, yes you guessed it, the good old U.S. of A) on a cornocopia of pills that they do not need or have long stopped working in the way they were intended to.

In my case I was given an SSRI (antidepressant) medication and left on it without any check-ups until I took matters into my own hands, and stopped it by myself. I was 17, I had no idea what I was doing. But I knew that gaining kilogram after kilogram and failing my A-levels because I simply did not care about them or anything else at that time was not a recipe for success.

The inappropriate use of medication when I was pre-med, has hopefully made me a better doctor. Because this doctor will not be writing you a script for anti-depressants unless you really need it and we think it through over an hour, not in 10 minutes.

Anti-depressants: Facts v fiction – should you take them?
The psychological impact of being robbed

The Blue Tree Clinic - Private Psychiatry London, 85 Wimpole St, London W1G 9RJ. We operate a call back service via email contact only.
Top
Sorry but due to limited staff our phone service is suspended so please use the contact form for a fast response. Thank you! Request an email back