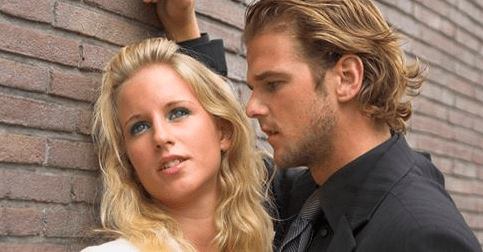 For years on end there has been much speculation about whether you can really detect if someone is lying . Here at The Blue Tree Clinic we have decided  to help you beat those myths and discover the truth.

So what is a lie? A lie is a false statement which is made with the intent to deceive another person.

Here are a few interesting myths you may not know:

So the first myth is the true reliability of polygraphs! There are many shows out there such as Jeremy
Kyle that detect lies via the use of polygraph tests however are they really reliable? The true answer is NO!
Polygraphs test skin conductivity and pulse rate at a base rate and then see if the rates change when a question is
asked. The physical arousal is used to detect whether someone is lying or not. However polygraphs are a very
unreliable way of detecting whether someone is lying because the method is based on skin conductivity and
pulse rate which can be affected by a range of different things such as anger, sadness not just the feeling of guilt.
This of course can be problematic because many people can be wrongly accused based on polygraph tests!

The clue could be in your expression!

Another way to detect lying  is by analysing peoples facial expressions. It has been shown that facial expressions
are very hard to manipulate and suppress therefore the body reacts to physical feelings as an automatic
biological reflex. Research has shown that when an individual reacts to something their true and
real emotion can be noted for a split second known as a micro expression (for example; when you open a
present you don’t like you pretend to be happy however for a millisecond the real emotion of dislike can be
seen). This means that if an individual lies their true emotion can be noted and therefore can be evidence that
someone is lying. However, this means you have to be highly vigilant or  you may miss it just by blinking!
So… using micro expressions may be a good method for detecting when someone is lying as it is an indication
when an expression is genuine or false because the genuine expression will be revealed via a micro expression.
However, other methods of detecting lying should be used alongside this to make reliability better as alone this
may not always be reliable.
It has also been said that hand gestures can help detect deception and there is a HUGE amount of research into
this one area! However, it has been found that certain gestures can indicate lying compared to other gestures. It has been
shown that liars produce more BEAT gestures (gestures which are known to prompt speech) whereas people
who tell the truth produce more rhythmic pulsing gestures. Therefore combing gestures and micro expressions
could be the key to seeing whether someone is lying!

As a final little nugget of information to your day it has been found that on average men lie six times a day and twice as often as women.

5 recipes to enjoy this summer!
Learning to Cope on International Widow Day